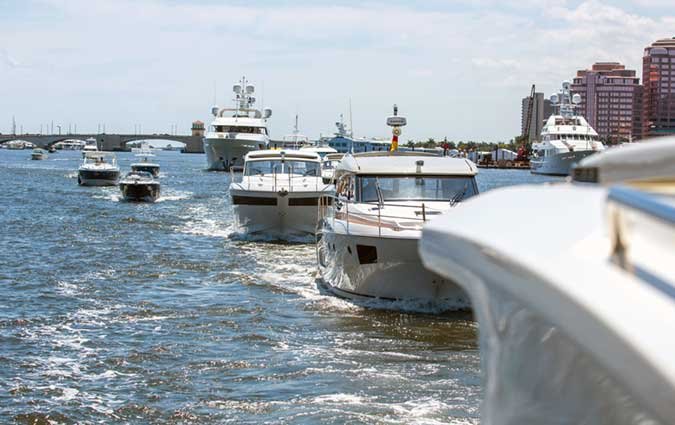 I digress. All too often I see and experience an all too common lack of common decency and basic boating right of way.

Heck, how about some common respect and manners.

This article addresses it very well and keeps my blood pressure in check.

How Close Is Too Close?

Do unto others as you would have them do unto you. That’s the moral code, right? Maybe it’s time to apply that to wakes and personal boating space.

Recently, I attended a casual boating get-together that reminded me of the importance of respecting personal boating space. A wide variety of boats showed up, and probably 50 crowded the docks. It was a little windier than ideal, so I wasn’t too surprised when a young sailor came in slightly out of control and raked his boom along the side of my boat. There was no physical damage to either vessel, but he’d definitely made a mark on my attitude. I called, “Hey, be careful!” and sent an annoyed glare in his direction.

I could easily forgive the kid for ignoring me, especially since he seemed shaken up. But his dad, who’d come down to catch a bow line, didn’t say anything to me, either. Then, after only a short pep talk, dad calmly pushed his son off the dock again, whereupon he and his boat ran into mine twice more before eventually finding a way out to open water.

Only a few minutes later, two boats that were tied up side by side at the dock were ready to leave at the same time. The inside boat pushed off before the outside boat was ready, failed to make a sharp enough turn, and BANG! Luckily, there was only cosmetic damage, and both vessels continued out to enjoy the day — but without a single word of apology from the offending skipper.

Obviously, collisions like these are unacceptable, even when they don’t result in an insurance claim. But when we’re maneuvering in tight quarters around unfamiliar vessels, how do we figure out what constitutes an appropriate amount of personal boating space? Right-of-way rules refer only to “passing at a safe distance.”

The definition of “too close” will hinge on many factors, including the size and type of boat, the size of the harbor or channel, and probably the size of other things as well. As a result, different boating fraternities have developed their own rules of thumb for what constitutes “too close.”

Large powerboats, for instance, can have blind spots under their bows big enough to swallow a small whale, so their operators understandably get antsy when another vessel strays too close. Racing sailors are accustomed to tacking less than a boat length away from a competitor’s bow. Within the confines of each specific fraternity, both approaches may be “correct,” but they’re just plain incompatible — and for good reason. In any situation, therefore, thinking like the other guy can help everyone maintain a comfortable distance.

Another incompatibility occurs between boats of different speeds. When one passes another, both going in the same direction — say in a waterway, river, or channel — the faster boat’s skipper might think it best to maintain speed and get the passing over as quickly as possible. But this wreaks havoc with the slower boat; a big wake will hurl kettles across galleys and topple unsuspecting crew. Ideally, the boat being passed should slow down, allowing the passing boat to maintain a moderate wake while still getting by fairly quickly. Checking in with your fellow boater on the VHF (or even waving hello to each other) doesn’t hurt, either.

The plot thickens even more once we realize that what’s considered polite by one group of boaters directly contradicts the preferred behavior of another. Fishermen think the polite way to cross another boat’s course is to steer across the bow. Why? Because there might be fishing lines hanging off the stern. Sailors underway think other boats should know to cross their stern, if at all possible. Why? Because even a small wake in a sailboat’s path will send it wildly bobbing or stop it altogether.

Communication is key to amicably sharing the water with other boaters. (Photo: Billy Black)

Is it any wonder there are so many rude hand gestures between these two groups? The only answer is to accept our boats as extensions of ourselves and then consider the other perspective. As soon as we do that, it becomes obvious that “too close” has a different meaning for each operator.

So how do we learn to share the water amicably? Two ways. First, communicate. Use your VHF, hand signals, or anything else available to tell the other skipper what you’re planning to do, and give him or her the opportunity to suggest a different approach. And ­second, whenever you have a chance to get out on another type of boat, take it. Appreciating other perspectives is much easier once you’re standing in a different wheelhouse.

As a young kid learning to sail, I’m sure I occasionally came into contact with other types of boats, and harbors were much less crowded in those days. Mess about with boats long enough, and we inevitably end up on the receiving end of everything we once did to someone else. That’s why it’s important to understand that our own sense of personal boating space may not always be in sync with everyone else who is trying to enjoy the same body of water. We’ll all make the most progress if we learn from our differences. Oh, and let’s all apologize when it’s appropriate