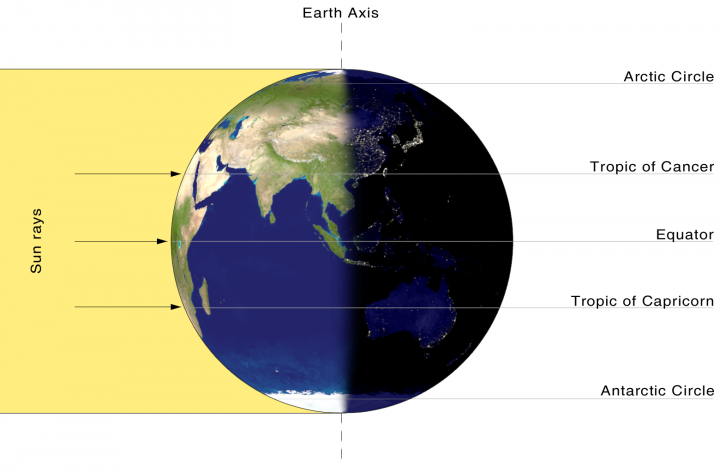 The spring equinox (also called the March equinox or vernal equinox) falls on Wednesday, March 20, 2019, at 5:58 P.M. EDT. This event marks the astronomical first day of spring in the Northern Hemisphere.

WHAT DOES THE EQUINOX MEAN?

The word equinox comes from the Latin words for “equal night”—aequus (equal) and nox (night).

On the equinox, the length of day and night is nearly equal in all parts of the world.

With the equinox, enjoy the increasing sunlight hours, with earlier dawns and later sunsets.

WHAT HAPPENS ON THE MARCH EQUINOX?

On the March Equinox, the Sun crosses the celestial equator from south to north. It’s called the “celestial equator”  because it’s an imaginary line in the sky above the Earth’s equator.

If you were standing on the equator, the Sun would pass directly overhead on its way north.

Equinoxes are the only two times a year that Sun only rises due east and sets due west for all of us on Earth!

While the Sun passes overhead, the tilt of the Earth is zero relative to the Sun, which means that Earth’s axis neither points toward nor away from the Sun. (Note, however, that the Earth never orbits upright, but is always tilted on its axis by about 23.5 degrees.)

After the Spring equinox, the Norther Hemisphere tilts toward the Sun, which is why we start to get longer, sunnier days

BASED ON AN ARTICLE IN THE OLD FARMERS ALMANAC