VHF RADIO GREAT IN AN EMERGENCY 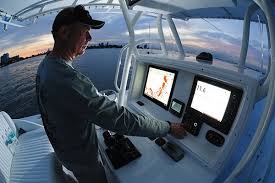 A VHF RADIO IS BEST FOR AN EMERGENCY

Arguably one of the most cost-effective safety items you can have on any boat, a fixed-mount VHF allows you to communicate with a wide range of people and organizations: the U.S. Coast Guard, commercial ships, the Rescue 21 network, bridge tenders, TowBoatUS, race committees, and countless others stations. And its full potential is realized when units with Digital Selective Calling, or DSC, are connected to an operational GPS receiver (or have one internally).

While all radios sold in the U.S. over the last decade are equipped with DSC, many operators (the U.S. Coast Guard says about 85 percent) either have not connected their radios to their GPS, nor registered for an MMSI (Marine Mobile Service Identity) number. This is vital for the full functionality of the Rescue 21 system.

Fixed-mount VHF radios are only as good as their antenna systems (a combination of the antenna, coaxial cable, and connections). Antennas should be mounted as high as possible: on the masthead of a sailboat or on the flybridge of a powerboat. Because VHF signals travel more or less in a straight line, a higher antenna will allow a VHF signal to reach more distant stations due to the Earth’s curvature.

COMMON VHF CHANNELS AND THEIR USES

While VHF radios may have anywhere from 55 to 80 channels, there are relatively few that can be used by recreational boaters. This table lists the most common ones, but because VHF channel use is somewhat geographically specific, a few channels may be different in your home waters. The VHF channels used in Canada and Internationally may have different frequencies and different functions than those used in the U.S.

To make sure you’re clearly understood, especially when using the VHF radio, words often need to be spelled out using what’s known as the phonetic alphabet. On a radio transmission, static can produce mistakes. For instance, over the past couple of years, a popular boat name, according to our BoatUS records, has been Blew By You. In audio communications, this can be mistaken for Blue Bayou.

Learn the phonetic alphabet by heart so that you can easily spell out names and words quickly, especially in emergency situations.