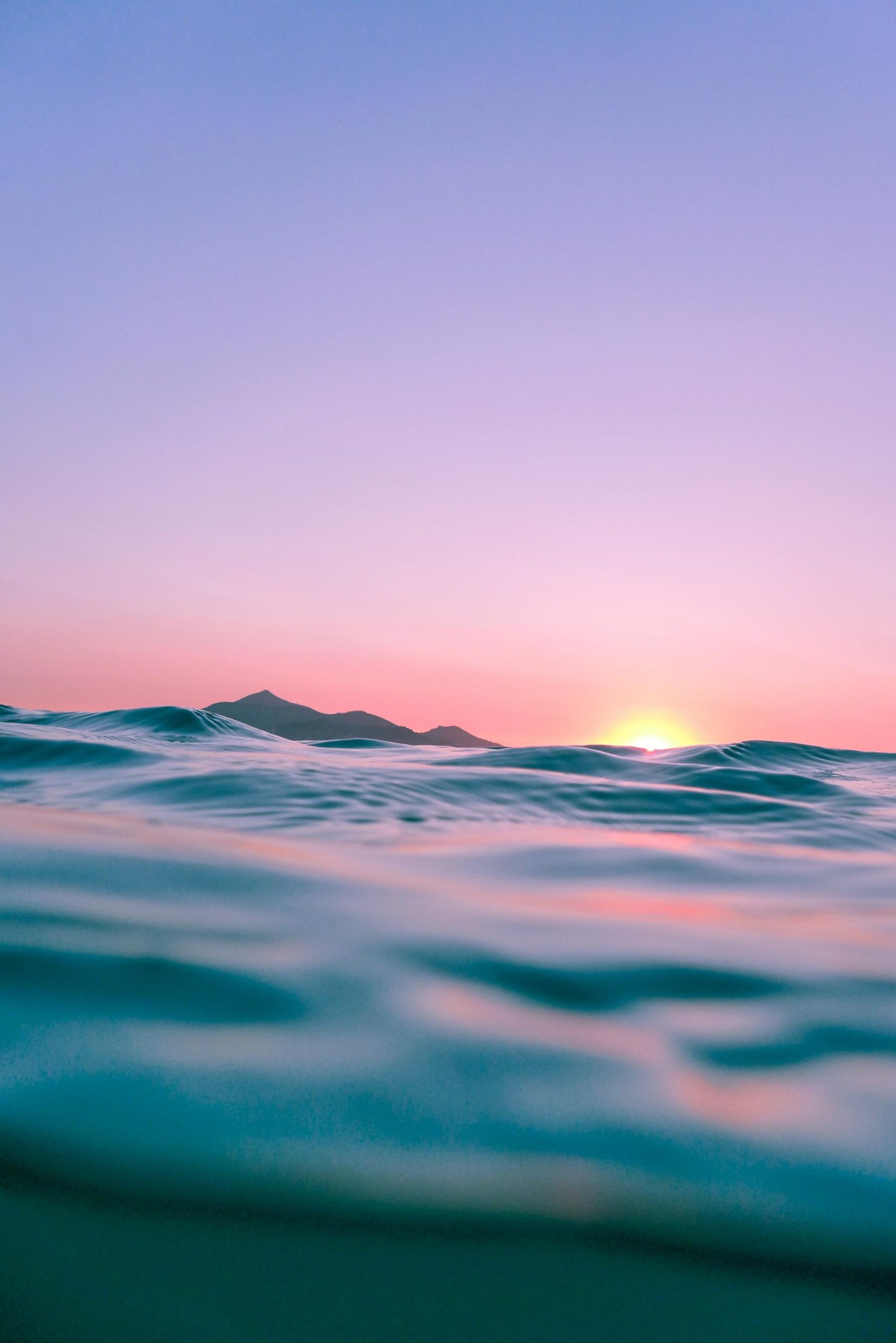 Here’s an article by Rich Armstrong about moving from freshwater to salt.

A change of maintenance habits — and anodes — is the key to transitioning from inland to coastal waters.

When moving from freshwater to salt, your boat’s engine and anodes require special attention to keep everything running well.

You don’t need census statistics to tell you that plenty of lifelong freshwater boaters eventually head south to spend their retirement in warmer climes, such as coastal Florida and the Gulf Coast. Your beloved sterndrive powerboat that carried your family on adventures up and down rivers and across local lakes has been well cared for, and you have the maintenance routine down to a science. Now, that routine is about to change — or it had better, for the sake of the boat and your wallet.

“Salt is tenacious stuff. The guy who’s boated on Michigan lakes all his life, retires to Florida, and thinks he can just bring his boat down there had better do his due diligence or he’s going to pay the price,” cautions Ed Sherman, vice president and education director of the American Boat & Yacht Council.

Saltwater is not your boat’s friend, and there are plenty of horror stories to illustrate that point. But moving a boat from fresh- to saltwater shouldn’t generate anxiety. The most important thing going in is to change your habits — and change your anodes (more on that later).

Your docking routine will now include spending more time washing everything down with freshwater after coming in. Over time, you’ll need to be more vigilant about spotting signs of galvanic corrosion in aluminum components or mechanisms with dissimilar metals, such as stainless screws in aluminum fittings.

It doesn’t matter what propels your boat — inboard, outboard, I/O, jet drive — nothing on your boat that comes in contact with saltwater is immune to its corrosive powers. Different propulsion systems may be attacked in different spots, but your power plant needs protection.

One thing that many people overlook is that all saltwater is not equal. The salinity of Maryland’s Chesapeake Bay, for example, is nowhere near as great as that of the warmer waters of coastal Florida or the Bahamas. Salinity is different from region to region and sometimes even from rainy season to dry season. The greater the salinity, the faster the corrosion. Here’s a checklist of what you should know before you jump into saltwater, though also check and follow the manufacturer’s warranty instructions.

The magnesium anodes that work better in freshwater need to be changed to aluminum (if you can find them for your boat) or zinc (if you can’t) for saltwater use. Corrosion is less of a problem in freshwater, so you’ll now need to be more vigilant with routinely checking anodes. They should be replaced yearly or any time they’re more than half wasted. Preventive protection is the key to living in saltwater.

This is the easiest engine to transition to salt. But you’ll now have to religiously flush the unit with freshwater when getting back to the docks. Every ime. Modern outboards come with built-in garden-hose attachments, making the job a cinch. Using freshwater at the dock, with the engine off and trimmed out of the water, simply run water through the engine. The rule of thumb is for five to 10 minutes, but you should consult your manual or a qualified outboard mechanic.

Additive products such as CRC Salt Terminator, which cleans internals and inhibits corrosion, can further add to peace of mind. For trailer boats without garden-hose attachments, use ear muffs (or flush muffs) attached to a running hose once the boat is out of the water. With muffs, the engine must be started to flush properly. Check your manufacturer’s instruction before flushing.

By contrast sterndrive engines may require more to transition to salt. Most modern marine engines have an enclosed-loop cooling system that uses a combination of raw (salt) water and coolant. Some have built-in garden-hose attachments. But even closed-loop engines cool the enclosed water, and perhaps the tranny fluid and oil, with a raw-water heat exchanger that may require extra attention, particularly at the end caps. These engines also often have raw water cooling the manifold and injecting into the riser. Keep in mind that while in freshwater, a manifold can last 10 years or more; in warm saltwater its lifespan can be as little as 3 to 4 years.

Sterndrives often don’t tilt out of the water, so unless your boat is trailered, stored on a lift, or in a rack, the outdrive (lower unit) may sit in saltwater. So be extra vigilant about anodes. The drive part of the engine should be thoroughly sprayed and flushed according to manufacturer instructions. With a trailer boat, you can attach muffs to a garden hose and flush the engine while on the trailer. Regardless, be prepared to replace components more often in saltwater, particularly risers, manifolds, and water pumps.

As they tend to be trailered, jet drives can be maintained similarly to outboard boats with a thorough freshwater washdown and engine flushing after each saltwater bath. Flushing agents, such as Salt Terminator or Salt Away, leave a protective coating on the inside and outside of the engine and jet-drive components. Regular inspection and replacement, as needed, of the zinc or aluminum anodes are also essential to preserving the aluminum housing and certain other components.

You may go bare in freshwater for a couple of weeks, but antifouling paint is a necessity in salt, unless you rack store or have a boatlift. For the best advice for your situation, go to the bottom-paint manufacturers for advice on what you should use depending on the type of boat and where you’re boating. Ask your new boat neighbors what they use, too. Location is key, as marine growth in Florida, for example, is very different than the Northeast or Pacific Coasts.

Fiberglass/wood: Salt is an abrasive, so don’t expect the shine or polish on your hull to last as long as it did in your freshwater days. Salt, coupled with foot traffic, is also more likely to scratch the deck. Dry crystals also act as miniature magnifying lenses for the sun and will damage brightwork if they’re not washed off with freshwater.

Marine-grade quality counts. Automotive-grade hardware, popularly used in inland areas, won’t last long in Florida waters. “It might work on Lake Ontario but it’s not going to work on the Gulf of Mexico,” Sherman says. The corrosion can also lead to unsightly brown rust weeping from mounting screws.

Salt in the bilge is more corrosive than freshwater to metal and electrical connections, so keep the bilge as dry as possible. Bilge-pump connections in particular may corrode quickly, and you may need to reseal them.

Saltwater trailer boaters dunk their rig every time they launch, and again when they retrieve. Although the exposure to seawater is relatively brief, trailers need the same freshwater wash down as the boats they transport. Frame: Boat-trailer frames are constructed of either galvanized steel or aluminum, with the latter being far more resistant to saltwater corrosion.

The hardware that bolts the aluminum frames together, however, should be made from stainless steel rather than galvanized. Corrosion will occur quicker with cheaper materials.

Drum brakes are less expensive to install and cheaper to maintain than disc brakes, but their design allows water to pool inside the drum every time it’s submerged and will remain there until it evaporates. Specially designed flush kits are recommended and will extend the life of your drum brakes. Disc brakes, on the other hand, can be accessed and flushed easier.

When the day on the water ends, wash down the boat and trailer as soon as possible (within a few hours at least). When the boat is clean, move onto the trailer. Hose down the trailer frame and hardware, lights, under the wheel fenders and axle underneath. Give extra attention to the brakes, springs, wiring connectors, and other vulnerable areas. A dab of silicone grease can keep connectors from corroding. Visual inspection of your trailer should be a routine, checking for worn parts, rust, and corrosion — and don’t forget the trailer lights. Besides a rinse after each launch, periodically remove the lenses and check for signs of corrosion.